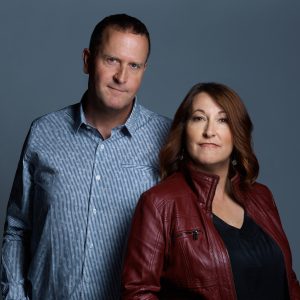 Well known as an accomplished performer/composer/educator on the Canadian jazz scene for over twenty-five years, pianist Tom Van Seters is Associate Professor of Music at MacEwan University in Edmonton, Alberta. He has performed in a wide variety of settings from solo to symphony orchestra and collaborated with numerous renowned musicians. His past CDs have featured Canadian jazz luminaries Don Thompson, Jim Vivian, Mike Murley, and Kevin Turcotte. He has also performed with American jazz greats Bob Mintzer, Jason Marsalis, Eddie Daniels, and Maria Schneider among others.

Chandelle Rimmer is an internationally recognized jazz vocalist, music educator, clinician, and adjudicator. She is Assistant Professor of Music and Section Head of Voice at MacEwan University in Edmonton, Alberta. As a pedagogue, she emphasizes the development of high-level skill sets for the modern vocalist while enabling freedom for optimal stage performance. As a performer, she is widely respected for her outstanding vocal talents and advanced abilities as an improviser. In 2012, Chandelle released her critically acclaimed CD Perspect-ism which features her distinctive vocal style and unique compositions.